In this day & age we all rely on GPS as a means of getting around but, call me old-fashioned, I still love to look at OS maps when planning cycling routes and other trips.

I was recently asked to read through the manuscript for the book that Richard Sterry has written about his South Downs Triple ride in 2012. It made me relive the adventure and think about the things that I might have changed with my participation. A change that I would have made for myself would have been to have the relevant Ordinance Survey maps rather than having to rely on a GPS. 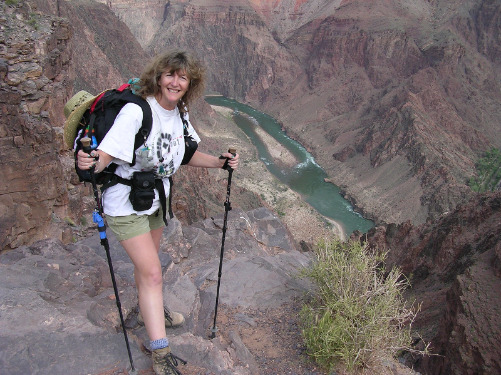 I know the SDW quite well from the days when Roy and I were training to hike to the bottom of the Grand Canyon. The Downs got us ready for the 4800 feet of elevation change that the Grand Canyon day hike would entail. But the SD3 trip left me a little out of my comfort zone and not fully in control of the job I had been asked to help with.

If I go back even further, I used to navigate in rally cars. I never considered myself a co-driver as my knowledge of the workings of a car was limited, but I sure could tell a driver where to go!! We still have a box of OS maps in the house which cover the entire route for the 1984 and 1986 Lombard RAC rallies – approximately 100 maps. In ’86 I marked up at least 3 sets of maps: 1 for my car, 1 for Roy’s (he was also co-driving) and the sets for Ingvar Carlson who was driving for the Works Mazda rally team.

Maps have always played an important role in my life. We have road atlases in each of the cars and I also have one that covers all of Western Europe for our trips across the continent. We also have road atlases for several of the western US states along with the National Geographic maps that fill in the details for where we are biking, hiking or camping.

OK so another important source of information when planning is ‘where is the best beer to be found & how do I get there’? GPS’s are good but don’t give all the options available.

I remember driving to Amsterdam on business a few years ago – I didn’t have a GPS, just a post-it note stuck in the dashboard with the towns and road numbers listed!!

In addition to being able to work a route around a travel diversion (accident or road works), maps contain a wealth of other information: geologically and historically – an OS map can tell you so much that you would miss with a GPS.

For instance, we live just off Stane Street, a 56 mile long Roman road that linked London to Chichester. The Romans preferred to build their roads straight but with Stane Street they had the complication of getting across the North Downs. Using our local OS map, it is possible to trace the route it took around Box Hill and Leith Hill. We have a section which is only a footpath, but when you look at the contours, it is so obvious. Those clever Romans managed to build their road so that it was never more than 6 miles from the direct line.

I hate to admit that although I can read maps very well, I would struggle navigating on the ground with a map & compass. While this blog was floating around in my head, I saw this tweet:

I checked out the photo: 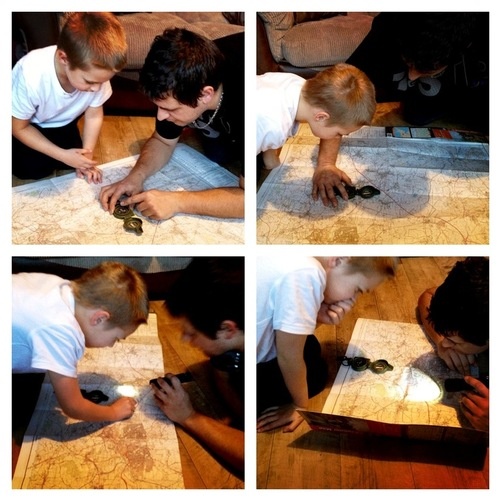 What struck me was the patience Chris was showing and how genuinely interested 6-year-old Callum was. They were looking at a route that Chris had cycled along a couple of local rivers. (A huge thanks to Chris & Marie for letting me use this montage.)

My faith in the future of maps was restored.

I really hope that maps and GPS can co-exist and that we don’t rely too heavily on technology. I certainly know what I am happiest using.